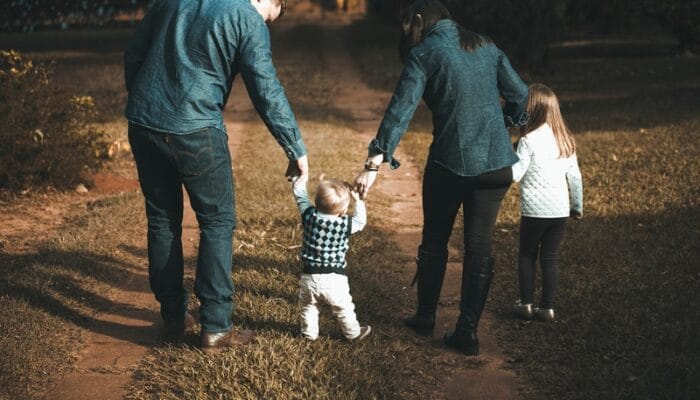 Are you looking for an attorney for a family law matter? Our attorney have years of experience handling a wide range of issues. Whether you are seeking legal advice or representation for an individual case or situation, our team can help you. Learn more about how family lawyers can help you below.

What Does A Family Lawyer Do?

Some of the most emotional and complex matters that you can face involve your family relationships. These can evolve over time as spouses find that they have grown apart, or the needs of children change. Often, spouses or parents can reach an agreement on these issues outside court, or perhaps through a non-adversarial process such as mediation. If they cannot find common ground, however, the courts may need to get involved. Whether you are seeking to assert your rights or explore your options, it is important to understand the laws that govern these situations.

Divorce: To file for a divorce, a spouse usually needs to meet the residency requirements in the state and county where they live. They also need to establish the grounds for the divorce. Many states offer a no-fault divorce, which means that the grounds can be as simple as irreconcilable differences. This means that the marriage has broken down and cannot be repaired. If you live in a state that does not permit a no-fault divorce, you will need to prove the fault of your spouse for the divorce. Some common fault grounds for divorce include adultery, desertion, and cruelty. Even if you choose a no-fault divorce, some states will allow a family court judge to consider the fault of a spouse in matters related to the divorce, such as property division.

Child Custody: If a couple has minor children, child custody is usually an important issue in their divorce. Custody traditionally has consisted of two components: physical custody and legal custody. Physical custody involves the amount of time that the child lives with each parent, while legal custody involves the authority of each parent to make major decisions affecting the child’s upbringing. These might include the medical care that the child receives, their choice of school and extracurricular activities, and which religion (if any) they practice. Judges usually prefer to award joint custody so that each parent continues to play a role in a child’s life, but sole custody may be appropriate in some situations, such as when a parent has engaged in domestic violence or substance abuse.

The central concern in a child custody matter is the best interests of the child. A judge has substantial discretion to weigh a broad range of factors. Sometimes a child’s needs will change over time, or the situation of a parent may change. For example, they may need to relocate if they change jobs or are assigned to a different region. A parent can go back to court to seek a modification of a child custody order based on a substantial change in circumstances. The judge again would focus on the best interests of the child in making the modification. Read more here about child custody.

Child Support: The general rule is that each parent has an obligation to support a child. This obligation usually extends until the child becomes an adult, but it can extend further in some cases if the child has special needs or has not graduated from high school. Usually, the parent who spends less time living with the child will pay child support to the parent who spends more time with the child. Most states have child support guidelines that provide formulas for typical situations, but a judge usually has the authority to deviate from these guidelines in unusual circumstances.

Similar to child custody, child support can be modified if a parent can show that a substantial change in circumstances has occurred. For example, support might be increased if a child develops a medical condition that requires expensive treatment. Or it might be decreased if the parent making payments loses their job. (However, income will be imputed to each parent in accordance with their earning capacity, so voluntary unemployment is not a way to avoid paying support.) Read more here about child support.

Property Division: The first step in property division consists of determining which assets are marital property and which assets are separate property. Only marital property is subject to division upon a divorce. It consists of most assets that were acquired during the marriage, except for gifts and inheritances that one spouse received. Determining the character of an asset can be complicated if marital property was commingled with separate property, or if the value of separate property increased during the marriage. If the couple ran a business or accumulated intangible assets, such as intellectual property, appraisers and accountants may be needed to estimate their value. Sometimes a pre-marital or post-marital agreement will control property division, as long as the agreement is valid.

Otherwise, the approach to dividing marital property will depend on the state. Some states use a community property approach, which requires an exact 50/50 split of the marital assets. Since an asset cannot always be evenly divided, this may involve selling an asset and splitting the proceeds between the spouses, or it may involve giving an asset to one spouse in its entirety while compensating the other spouse with an asset of equal value. Other states use an equitable distribution approach, which means that the division must be fair but not necessarily even. (In practice, this often results in an even division.) Read more here about property division.

Our team proudly serves the Greater Houston area, including but not limited to Brazos County, Cypress, Fort Bend County, Galveston, Houston Heights, Houston, Humble, Katy, Kingwood, Memorial Houston, Montgomery County, Montrose, Richmond, Rosenberg, Spring, The Woodlands. All marriages are different, making each divorce equally unique with its own set of needs that must be addressed. Contact our law office to explore your options moving forward, and find out how we can help you.